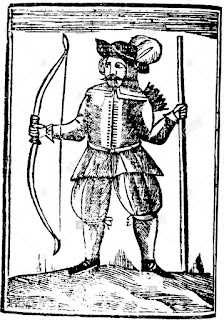 Explorers have a THAC0 equal to the standard LL Cleric for melee weapons, but their THAC0 for ranged weapons is equal to the LL Fighter.

Explorers are vagabonds that travel the world, and they are accustomed to spending time in the wilderness. They wear only leather or studded leather armor (or armor made from hide or natural components). They get a damage bonus that increases at higher levels on ranged weapon damage as well as an increased chance of getting critical hits with those weapons. Rangers can use any weapons, and they can wield two weapons with both hands without penalty. They attract an animal companion at 3rd and 7th levels. At higher levels Explorers can shoot ranged weapons more times per round. They are only surprised on a 1 on 1D6.