Core Mechanic: Draw cards = Stat.  If the highest card is equal to or greater than the set Target Number (7 average) success.

Classes provide only one special ability but it wouldn't be tough to add some free Gimmicks in the game to flesh them out more.  I like that they are simple.

Each hero (character) gets one good and one bad Gimmick of their choice.  Think of D&D Feats but more narrative.  These are like many Boons and Flaws in other games but more rules-lite.

Equipment is more on the "what makes sense" side of things as well.

Weaponds deal 1-4 damage depending on size.

Random Card Draw as an Oracle:

Initiative is just clockwise around the table.

Actions are move and attack.

Melee Combat is a draw of # of cards = Muscle, if highest card is greater than or equal to target's Muscle hit.

Ranged Combat is a draw of # of cards = Brains, if highest card is greater than or equal to Range Value (based on distance) hit. 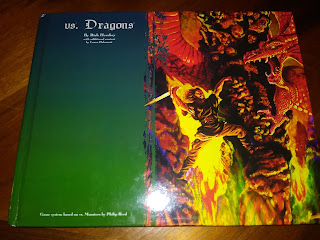 Natural Healing is 1/hour, or 5/4 hours.  First Aid/Medical Care is Heart it worked, Diamond or Club is. Nothing bad happened, and Spade is it failed and possible death.

The rest is optional rules, NPC and Monster stats, items, and spells.