A friend posted about finding shells on the beach but my brain read his post as finding SPELLS on the beach.  That made me think about a shell-based system about a culture that harvests shells to cast sea-based magic.  Maybe they crush them, snort them, cut themselves with them, or inscribe spells onto them as a focus. 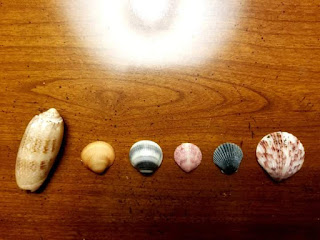 Rolemaster Unified Stat Generation for Empire of the Petal Throne

Recently I watched a video by Bankbar Como on YouTube where he was generating a character for RMU from I.C.E. In that video he rolled 3D100 for each stat, dropped the lowest, used the next highest roll for the current stat, and the highest roll was used for the maximum Stat Potential (the highest that stat could ever be).

That stat generation method made me think of Empire of the Petal Throne.  As a house rule I always had the players roll 4D6, drop the lowest result, and then multiply the 3D6 total X 5 to get the final stat total.  Now I think I'm going to bolt on RMU's method.

EPT has random rolls at each new level to increase your stats.  I think I'll make that roll a bit easier but include the stat maximums.

Posted by SamwiseSevenRPG at 9:29 PM No comments: