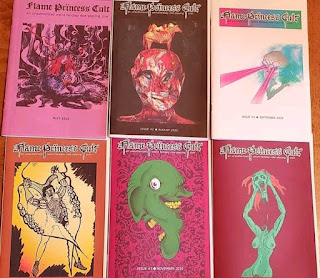 These LotFP RPG zines are all still free. I got some art and several articles in these (new classes mostly). Download them and check them out for yourself. \m/

Posted by SamwiseSevenRPG at 6:43 PM No comments: 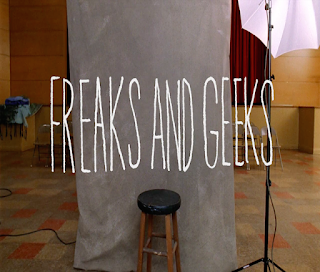 I've always seen us role-players as a welcoming bunch of freaks & geeks. Sometimes I'm the weirdest person at the table, sometimes I'm the most Mr. Vanilla Joe Normie player. I've had fun in like 99.5% of those games.

Playing at clubs, conventions, and in games I joined from online player databases exposed me to a lot of other types of people with all sorts of wide-ranging political, religious, philosophical, etc. opinions. I've played with conservative ex-military types to radical storygaming rewilding environmentalists. It was only the most vocal out of character extreme position comments that caused any issues, and often we kicked those players to the curb and kept having fun.

Play games, have fun, screw the haters, and ignore all the negativity that's online.

Posted by SamwiseSevenRPG at 2:41 PM No comments: