I have been slowing drawing monsters for my YouTube RPG Brigade Megadungeon Project.  Here are a few of the latest ones. 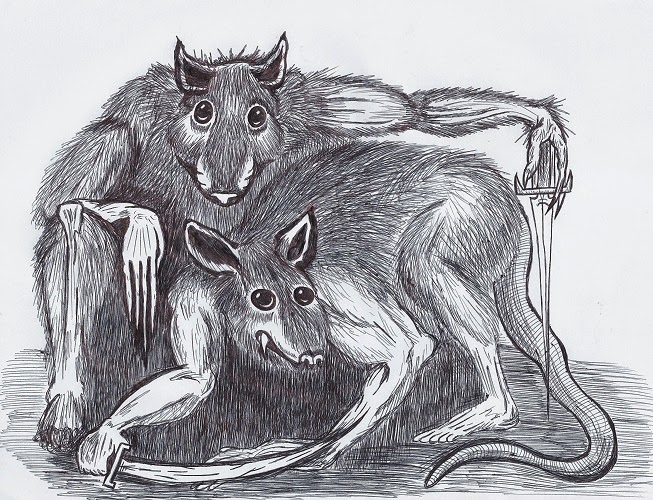 Rest in peace David A. Tramier (The Ratfolk drawing is me doodling up the Lycanthropy drawing in the AD&D Monster Manual). 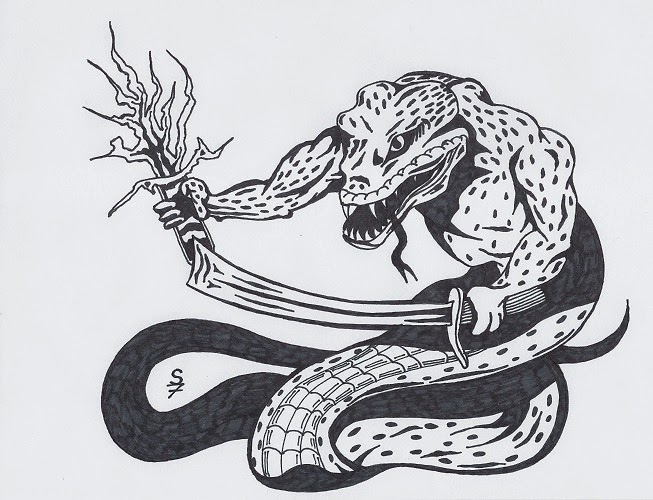 Here is a Yuanti that is also from AD&D. 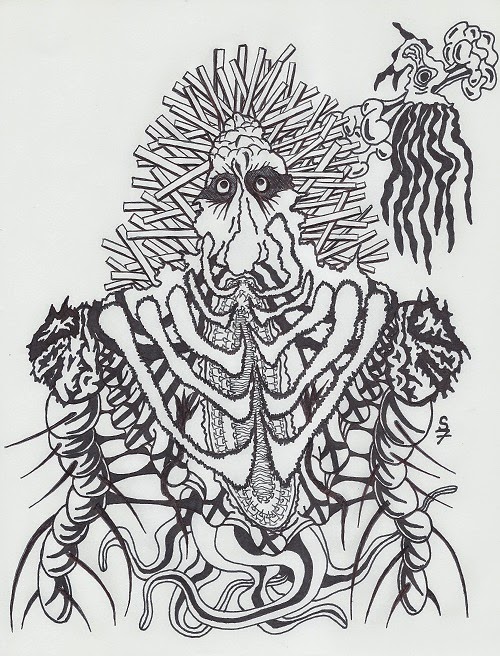 This one is just a random chaotic monster that I have dubbed a Walking Nightmare aka Fry Head.  hehe.


Posted by SamwiseSevenRPG at 6:36 AM No comments:

I have no idea if this is a good way to go about making Advanced Edition Companion / AD&D races, but this is what I came up with.

I'm sure that there are other abilities, limitations, restrictions, flaws, etc. but I think this is a pretty thorough list. If you have any suggestions put them down below. Thanks.

The idea that I came up with was to have the values of the positive special abilities balance out with the negative costs of the various flaws, restrictions, limitations, etc. so that the end racial point total equals zero.

*There is no penalty if this is as a result of the +1/-1 Stat Modifier
** For this system I am assuming a 10 level limit average for each available class. So if you have 5 available classes, you have 50 levels to place in those classes. If you took the Class Level Limits Decreased option above, in the 50 level example you would have only 48 levels to place between the available Classes.

So it seems I have some more old drawings lurking on my laptop waiting to pounce on your feet that are hanging off of your bed...  Hopefully some of you can use this nightmare fuel for your games.  :)


I think of this one as some sort of corpse worm.  That, or it is eating the inside of your ear canal right now. 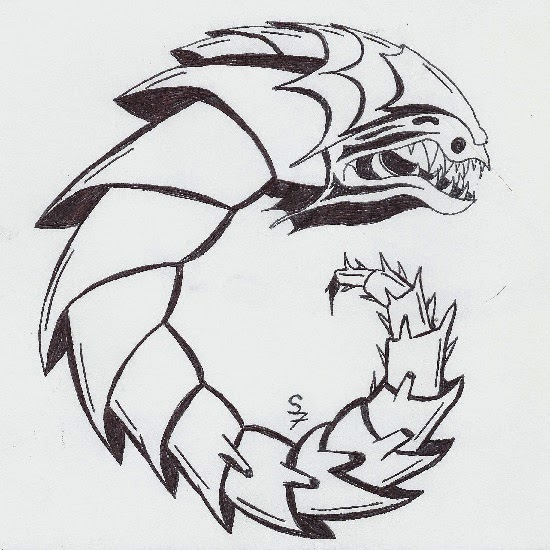 This is the face of... something.  This was one of the last drawings that I did with mechanical pencil.  I prefer drawing with just a ball-point pen these days. 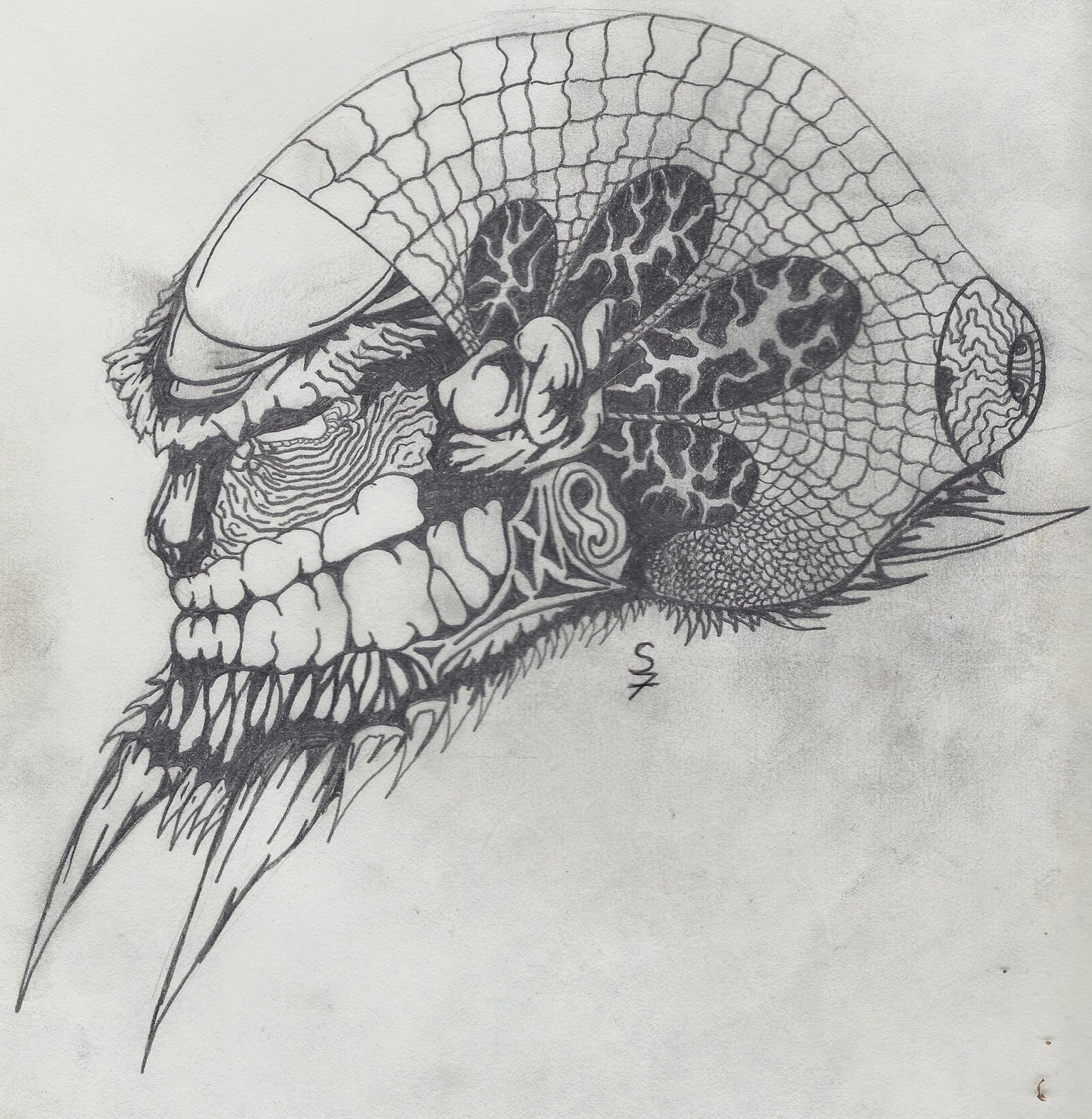 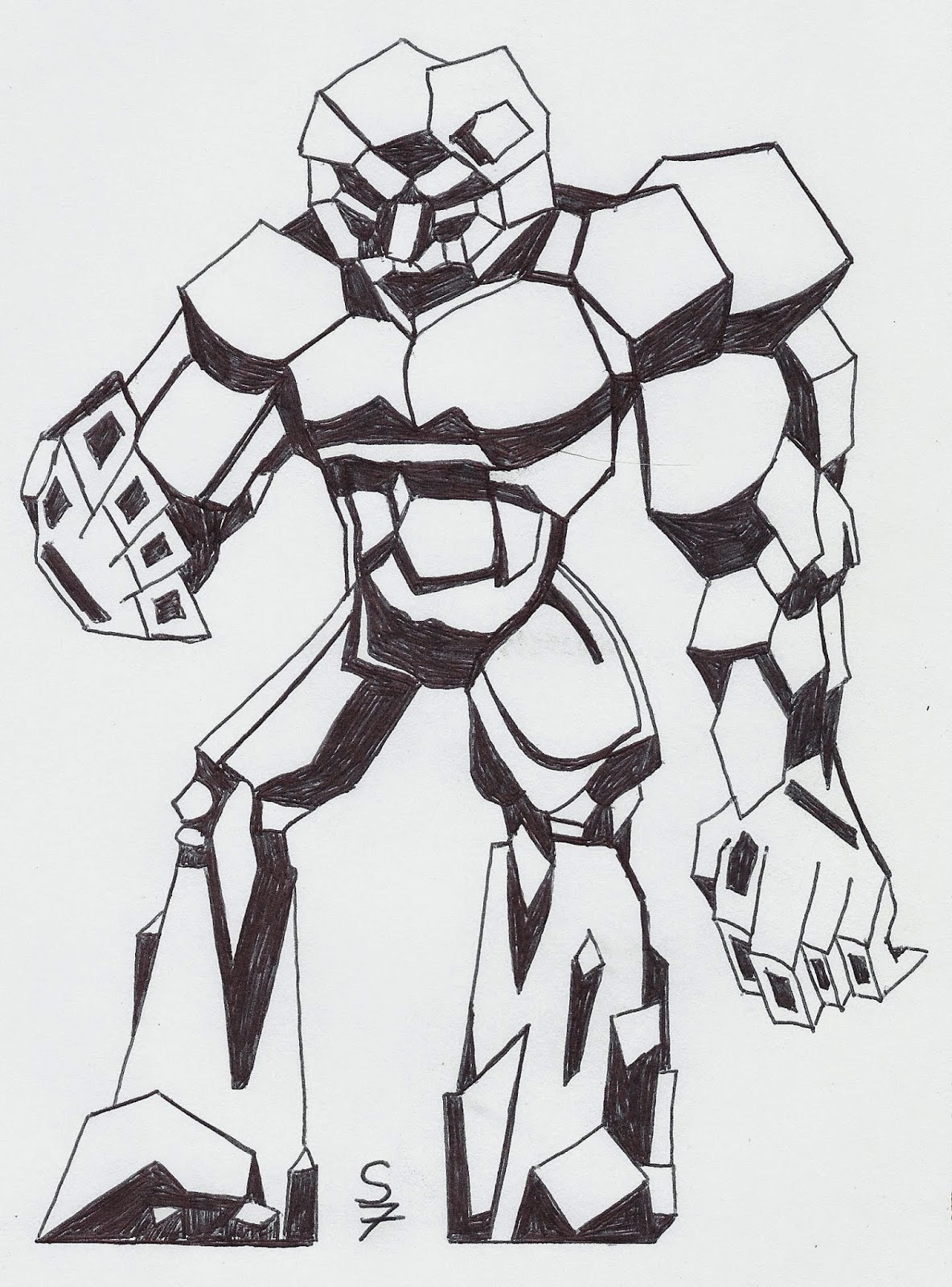 I had this idea of repeating the same humanoid shape over and over again in different ways to make up a creature.  This was the result.  This one may end up in a RPG supplement but I'm not sure.  I sent it in awhile ago.  I think it may end up being a Dungeon Crawl Classics Patron. 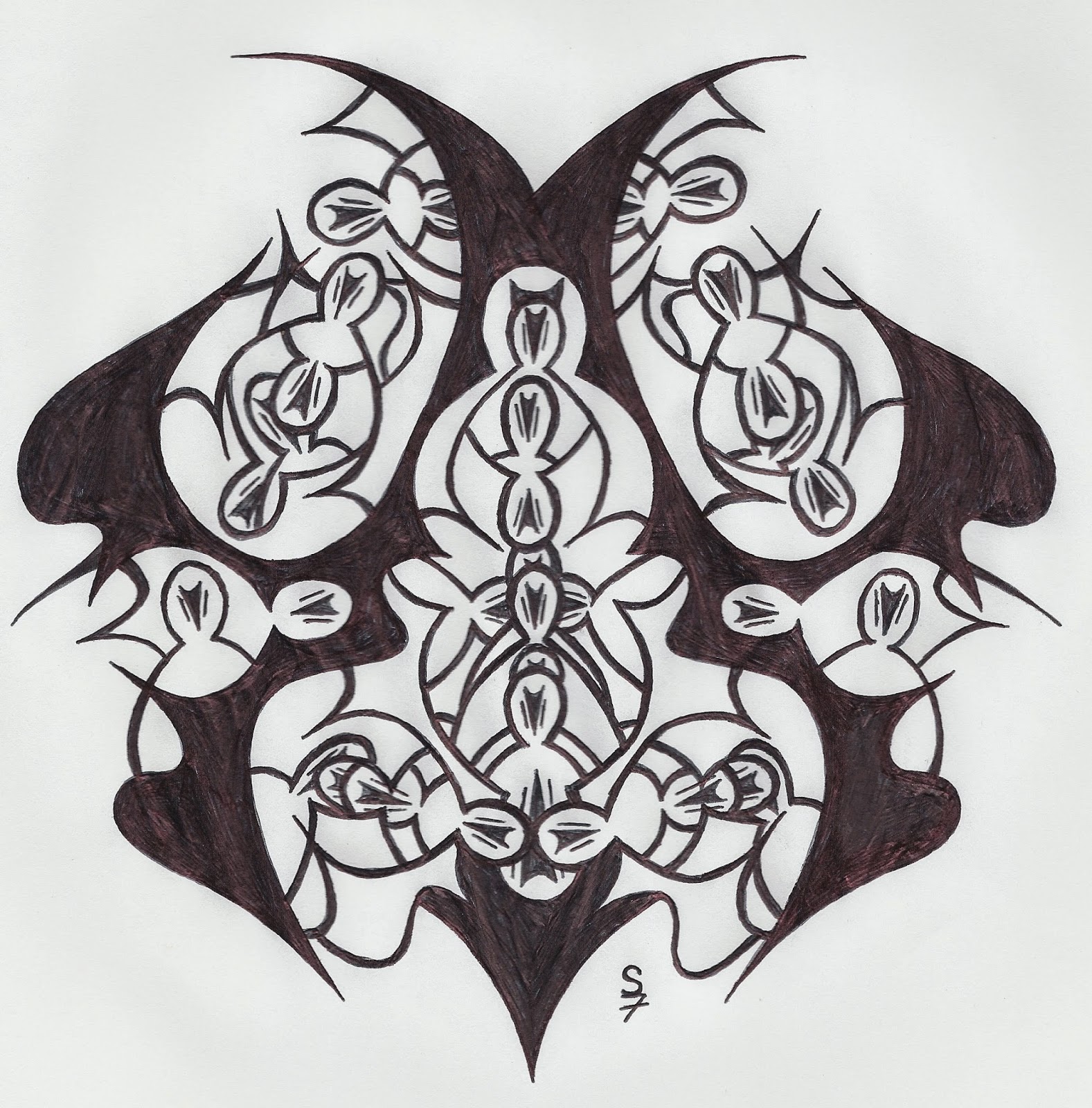 I sent this one in to the same RPG author and it may be a Dungeon Crawl Classics Patron as well.  Worship it... or else! 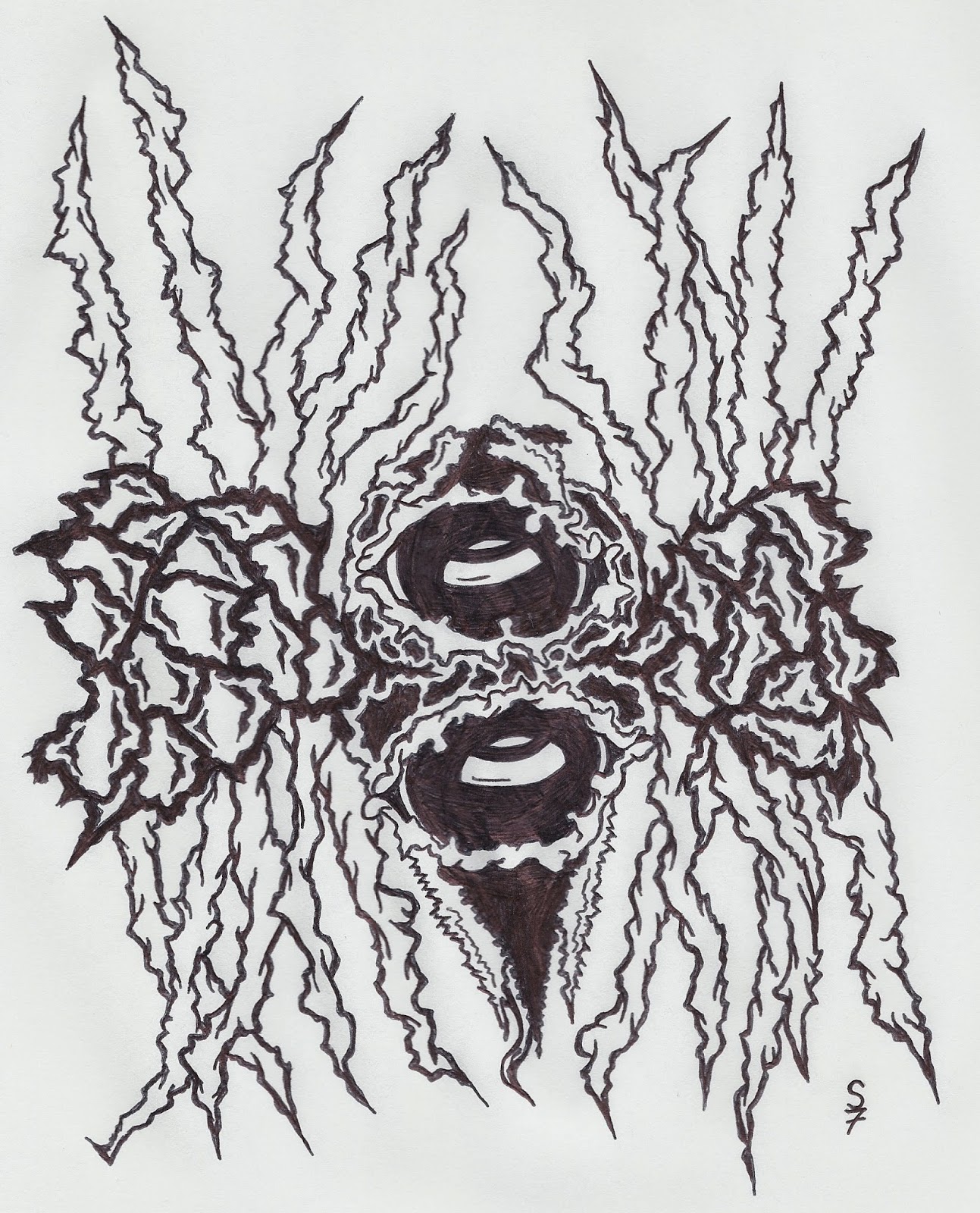 I just drew the next 2 up last night.  I'm working on populating my level for my YouTube RPG Brigade Megadungeon Project.  This is the creature with a teleporting mouth that gets you in and out of the level to send you to other levels.  This one may end up in Theater of the Mind Magazine.
http://rpg.drivethrustuff.com/browse.php?manufacturers_id=4531 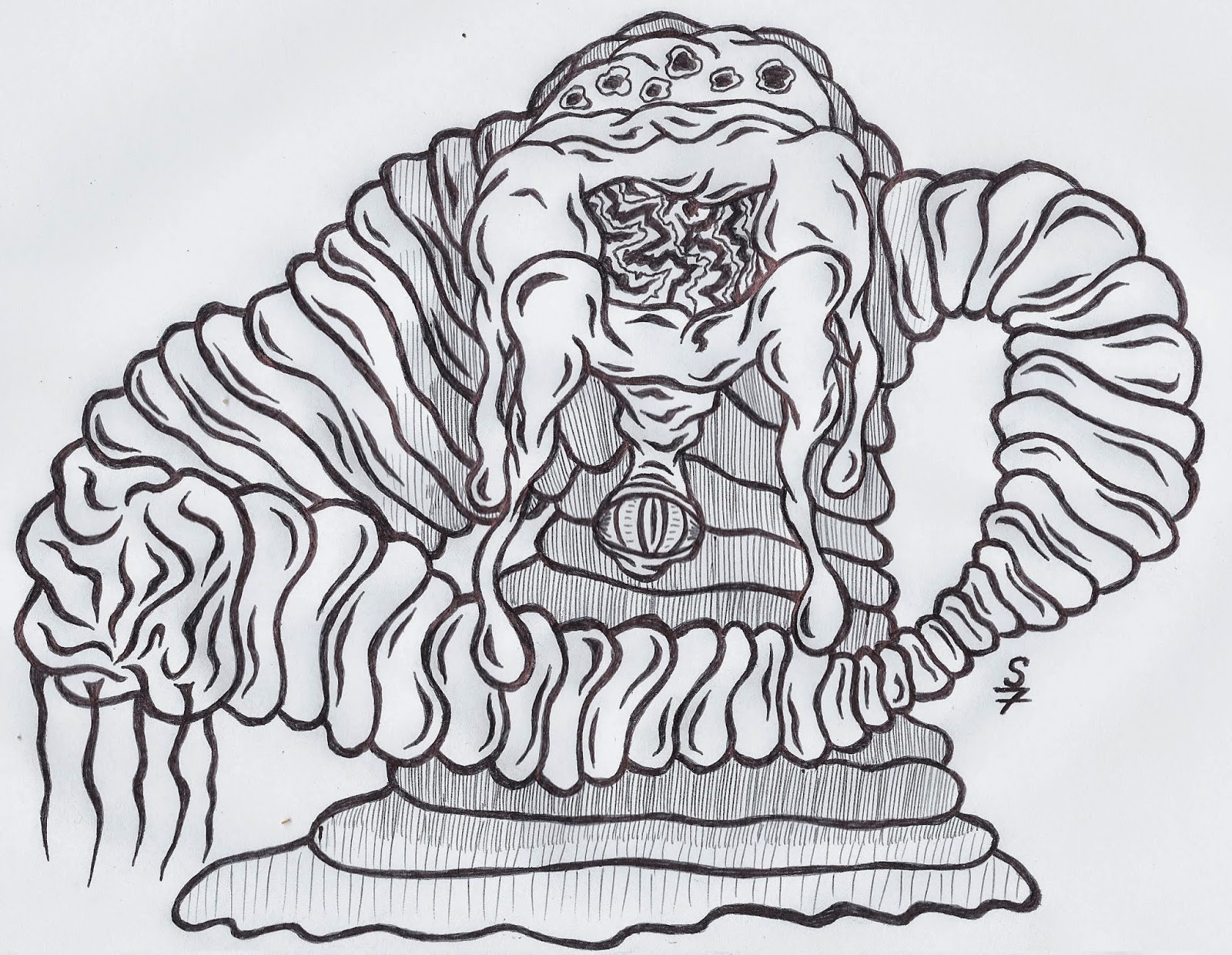 A bunch of these things live in a chasm in the center of the dungeon and they mutter in unison.  Every "turn" (not every round) characters need to make a saving throw or they have to roll a 1D6. 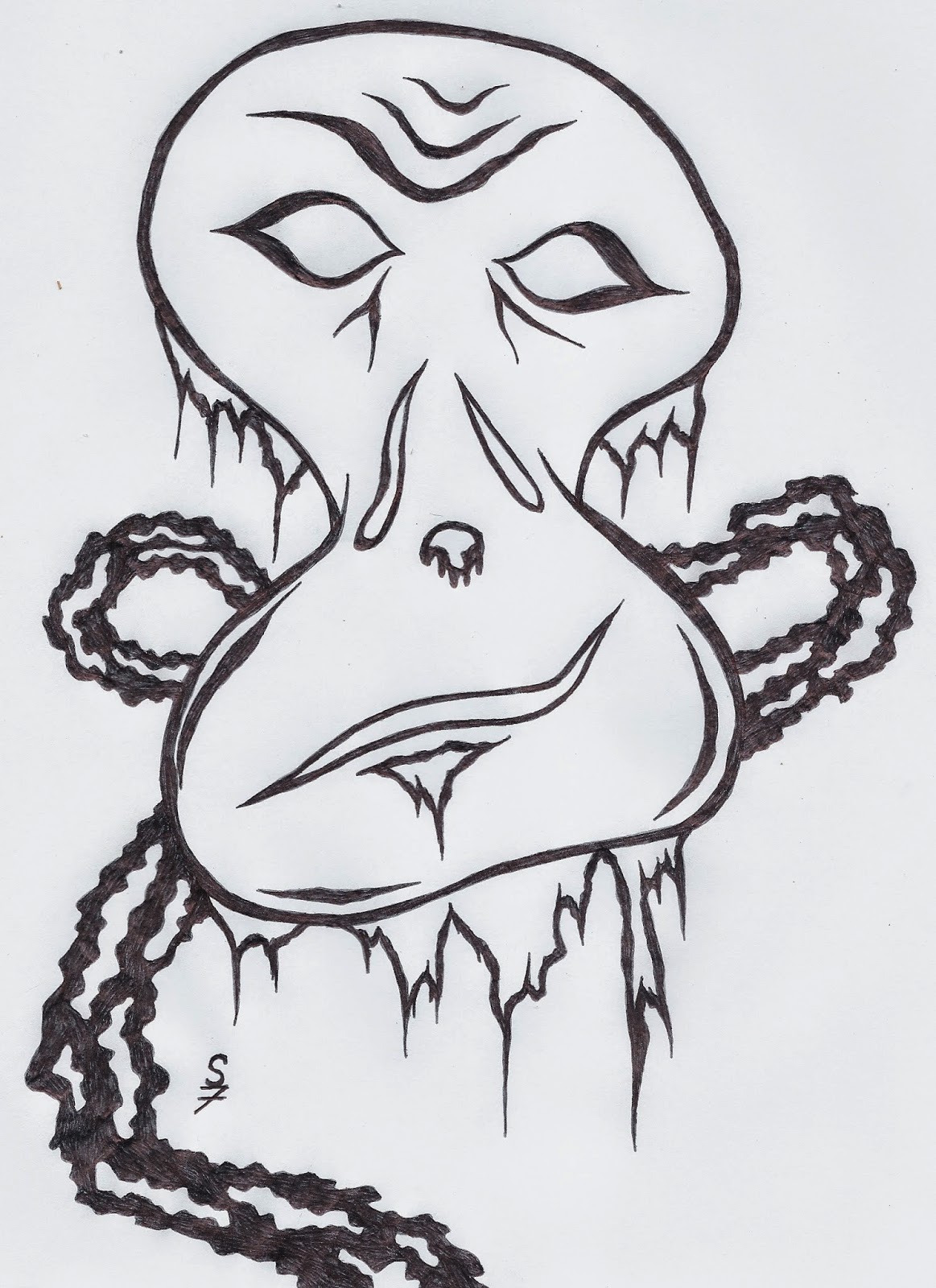 Posted by SamwiseSevenRPG at 8:01 AM No comments: