In the A Song of Ice and Fire RPG House Fortunes is a thing you can roll for once per month. This I think is something that could easily be added to the Birthright domain turn as another step. 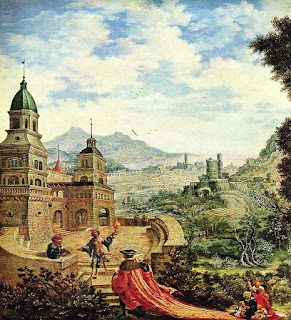 To make this work add up all of your holdings and provinces and for every 10 that you control you get a +1 to the roll. Also add your Regent's character level to the roll. Aditional modifiers could apply if you possess non-weapon proficiencies that apply. I suggest only a +1 modifier per proficiency however.

Choose two of the following: a beneficial alliance, a peace treaty to end a war, an arranged marriage, a free tradecroute is created, one new holding (level = 1D4), 1D8 GBs, or 2 armies.

Increase a Province by one, a holding by one level, and build something for free.

Decrease a Province by one or decrease a holding by one level.

Choose two: 1D4 armies disband, lose 1D4 GBs, holding destroyed, all of the holdings of one type decrease by 1 level.

Choose two: An alliance is broken, plague in the land (decrease all provinces by 1), -1D6 GBs, lose a province, 1D4 holdings are destroyed, lieutenant is murdered, 1D4 roads are destroyed, all holdings of one type are decreased by one level.

Posted by SamwiseSevenRPG at 11:24 AM